This is going to be a long post! Today was a big day on my trip: I passed through Oklahoma, which is the most important Route 66 state in my opinion; I also drove through two other states, Kansas and Missouri, making it three—count ’em, three!—states I passed through today; I drove on possibly two of the best sections of Route 66 (details coming up!); and finally, I made up for time lost in the urban obstacle course of Chicago.

First, a note on alignments. I have been speaking of Route 66 as if it has been in the same place on the map since its origination. That this is not true should be clear from my earlier example from Illinois, where I showed the older, cordoned-off, pavement running alongside the Route 66 pavement I was actually driving on. That would have resulted from realigning the road along a different route, in this case, a route exactly parallel to the original. Many, many realignments have happened over the thousands of miles of Route 66 over its many decades of operation. In many cases, more than one alignment runs between two points, and the traveler needs to choose between them (unless he is one of those who devote their lives to documenting and experiencing every single inch of Route 66 alignment; the guide books I’m using are written by some of these people).

I had stayed for the night in Springfield, Missouri, which is towards the end of Missouri’s share of Route 66. I started earlier than usual, because my intention was to push through Oklahoma today. The morning was a very pleasant time to be driving on rural roads. I headed out on Route 66 from Springfield, passing by a number of quiet towns—Halltown, Heatonville, Albatross, Phelps, Rescue, Plew, Avilla, Carthage—before reaching the big town of Joplin. These small towns, with the exception of Carthage, have acquired a ghostly feel after a realignment many years ago. Carthage was home to rich people who made their money in mining. Here’s the stately courthouse: 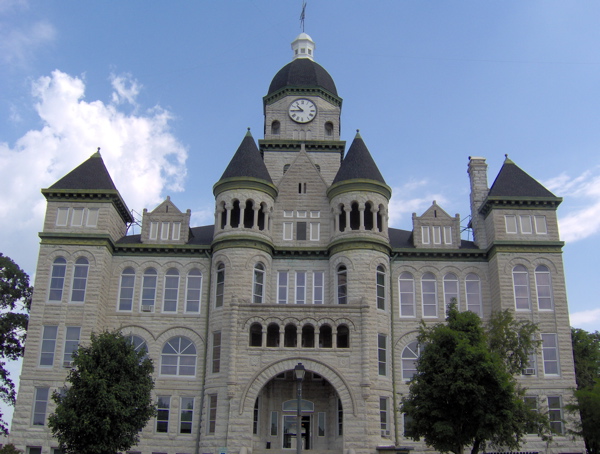 I also checked out the historic Boots Motel in Carthage, which was established in 1939, and was very modern for its time, with a radio, air conditioner and other amenities in every room. This property lies in thorough disrepair now: 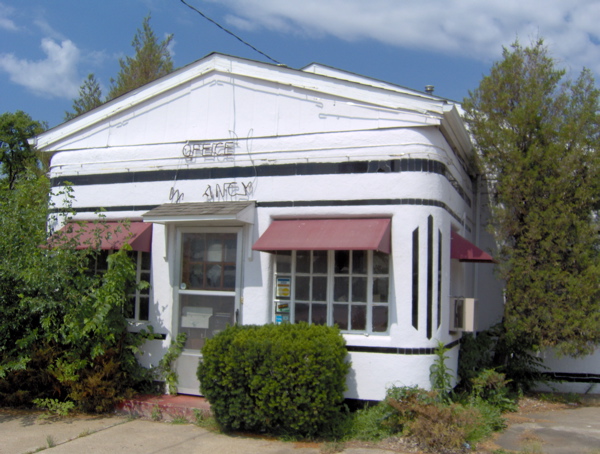 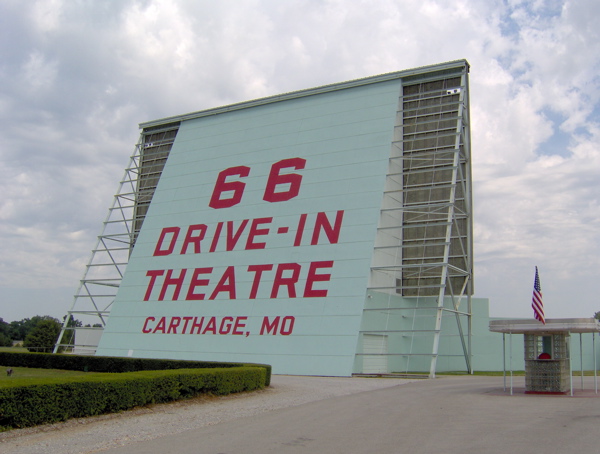 From Joplin, I started noticing a lot of Mexican restaurants, reflecting the changing demographics in my journey. After Joplin, Route 66 leaves Missouri and enters Kansas, where it stays for the very short distance of 13 miles. This part of Kansas, and the part of Oklahoma that 66 enters after it, is lead- and zinc-mining country. I stopped at the ancient Eisler Brothers Store (dating back to around 1925).

After leaving Kansas, I entered Oklahoma. Oklahoma has a central significance to Route 66. The man who was the force behind the conception and creation of Route 66, Cy Avery, was from Tulsa, Oklahoma, and he made sure the highway passed through his state and hometown, even though that is not the most direct route. But there’s more. Oklahoma was also the state that suffered the most during the dust storms I mentioned earlier, and the migrants in John Steinbeck’s Grapes of Wrath were Oklahomans. Finally, the chap who won the foot race I mentioned earlier was from Oklahoma. That foot race was a big, early step in putting Route 66 in people’s minds.

Oklahoma used to be Indian Territory until its statehood in 1907. In Oklahoma, I saw a lot of shops describing themselves as Indian trading posts, which is probably what they used to be in the old days (before credit cards). With Oklahoma I entered the Great American West. I’m hoping I will find the time to visit Monument Valley from Flagstaff, Arizona. From the pictures I’ve seen, Monument Valley is my favorite symbol of the Great American West.

In Oklahoma, my first stop was Miami, where I had lunch at Waylan’s Ku-Ku, an old Route 66 establishment. The bird on top of the building was at one time a working cuckoo clock. 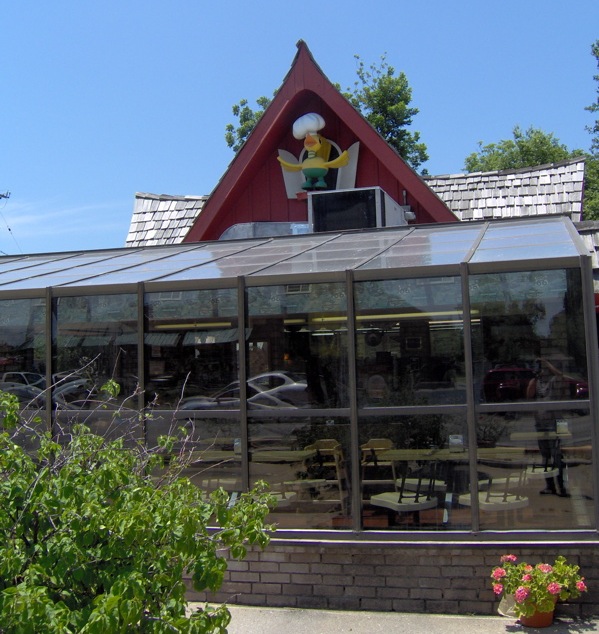 I thought lunch was delicious, but I was in for a much bigger treat soon after. This part of Oklahoma has preserved a few alignments of very, very old pavement, dating back to 1922, even before it was called Route 66. This pavement is just nine feet wide, and makes a somewhat rough and dusty drive today. I sought this out and drove on this historic section of Oklahoma road: 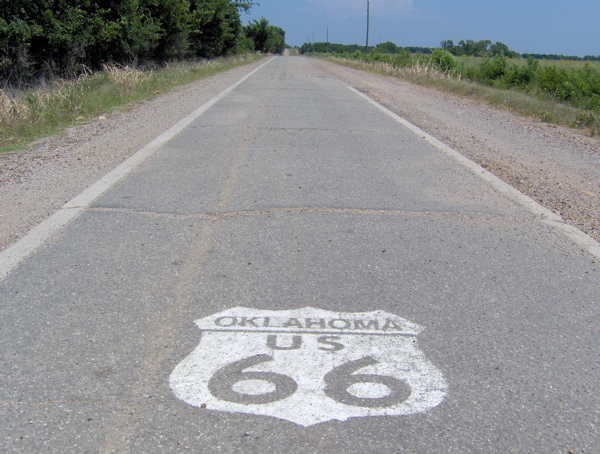 As you can see, there is only one lane, and there isn’t room for two vehicles side-by-side on this road. After this section ended, Route 66 acquired a very modern feel, because Oklahoma has turned it into a major four-lane transport corridor for a good distance. This is not much fun, but I stuck with it, passing through Vinita, Chelsea, Bushyhead, Foyil, Claremore, Verdigris and Catoosa.. In the old days, a drive on Route 66 used to be full of quirky, eccentric roadside attractions such as totem poles, reptile pits and other oddities and curiosities. Here’s a famous 90-foot totem pole that has been preserved near Foyil: 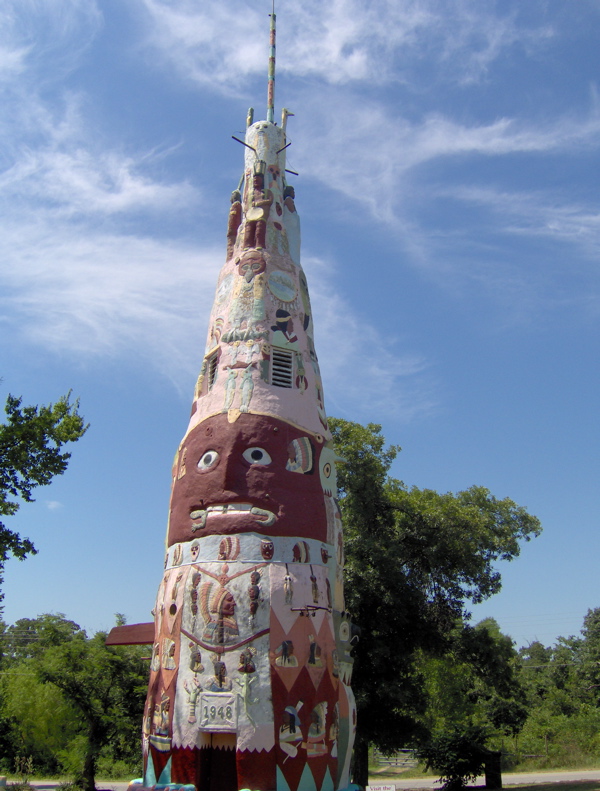 Another very famous but odd Route 66 attraction used to be the blue whale in Catoosa, popular with children. This was obviously before theme parks were invented. The whale has recently been re-opened, but not for use as diving board anymore: 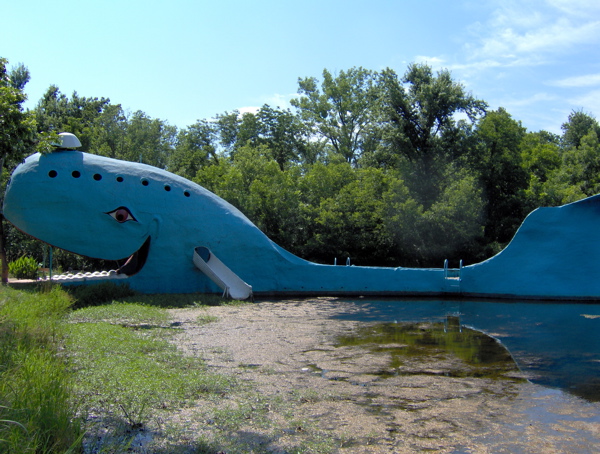 At Catoosa, I hopped on the interstate to speed my journey and got off at El Reno. Between El Reno and Hydro, I experienced the second highway treat of the day: miles and miles of pristine-condition 1933 concrete as it was laid down then, through quiet farmlands, and with the distinctive thud-thud noise signature caused by the old concrete sections. This was a super treat, which I enjoyed among the elongating shadows of the evening. Amazingly, I did not see a single soul in the fields or in the houses. At Hydro, I came to another Route 66 classic, Lucille’s gas station, dating back to 1941, but now shuttered. Lucille was Lucille Hamon, and she was known as the Mother of the Mother Road. 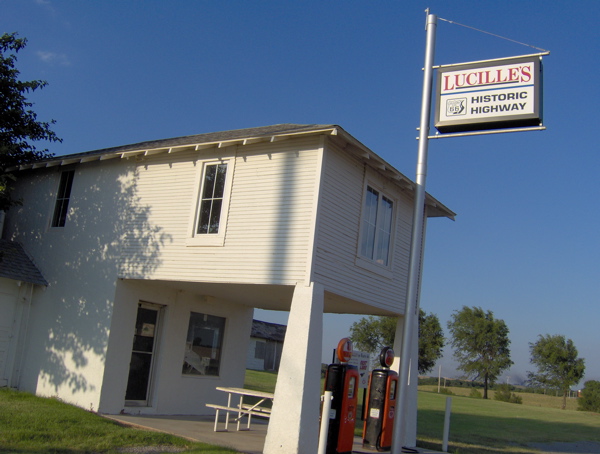 Near Hydro, and still in Oklahoma, is Clinton, where I’m staying for the night. Oklahoma is almost done, and tomorrow I will be in Texas. I’m glad I put in the effort to push through Oklahoma today, so I can again take it easy from tomorrow.