Today was a big day. I finally reached California, the last Route 66 state, the fabled land of milk and honey that drew early migrants. And I crossed the Mojave Desert, the shrubby and empty expanse that greeted them much before any of California’s orange orchards.

I started the day by checking out Kingman’s neon signs. 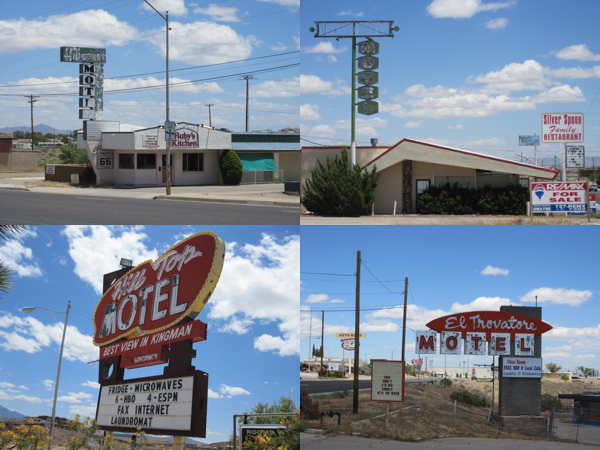 Kingman has a Route 66 visitor center and museum (housed in a repurposed power plant). Nearby are a huge locomotive in a park and a diner. After these attractions, Route 66 leaves Kingman behind and plunges into the Mojave Desert. This part of the drive is like living the Disney movie Cars. 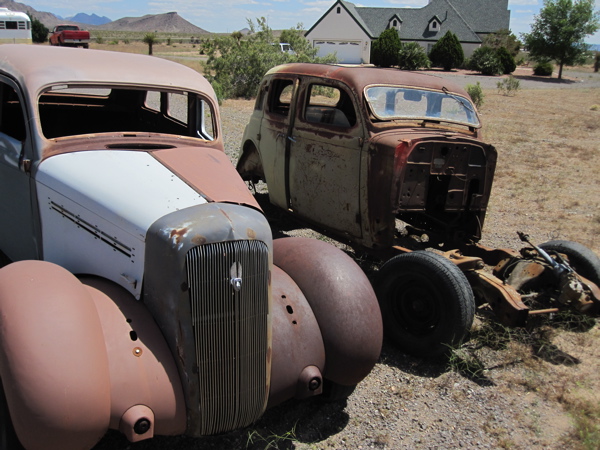 The first order of business is to get over and past the looming hills between Kingman and Oatman. These hills and the hundreds of miles of desert were arduous terrain for Great Depression migrants.

Once I got into the hills, I got some great views of Route 66 climbing up as I looked back down. Also, desert foliage is on full display here. I was expecting saguaro cacti, but I found there aren’t any alongside Route 66. (That “Westward Ho” sign I saw back in New Mexico had lied!) These yucca are what rule the landscape. 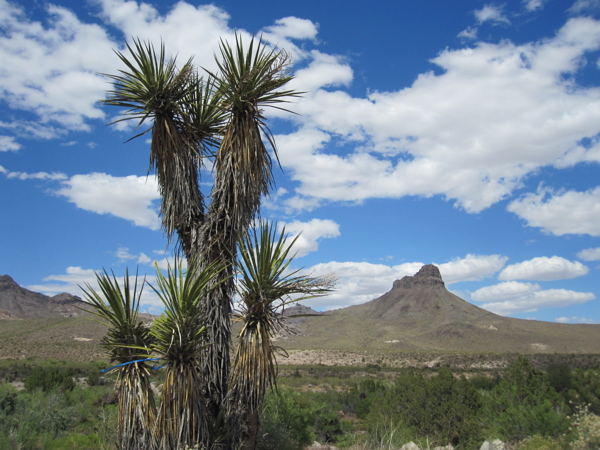 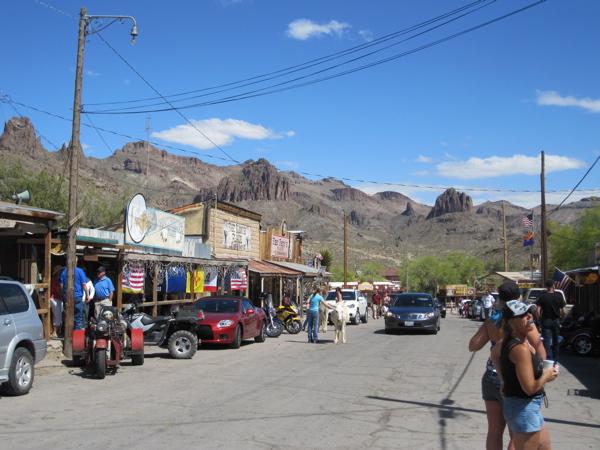 In the space of a few hundred feet, on two sides of a narrow mountain road, Oatman has sprouted dozens of tourist traps stuffed to the gills with gifts and souvenirs. Stores and saloons are styled in the old Western fashion, live shows are somehow done somewhere in these tight confines, and burros (donkeys) roam the street. These animals are descended from ones brought here for mining labor. They are quite docile and will allow themselves to be petted and fed by the eager tourists. 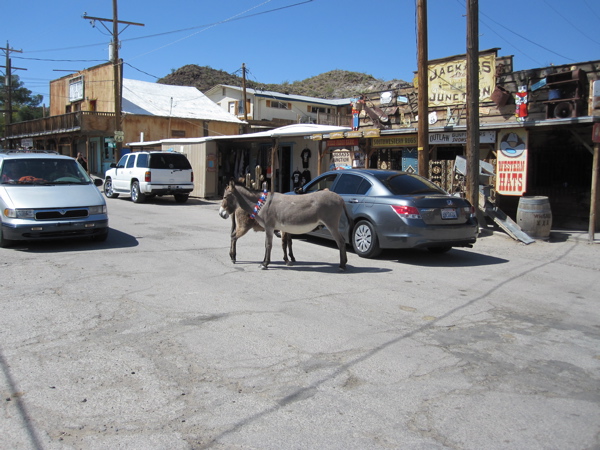 Oatman also has a historic hotel that is possibly haunted by the ghost of Clark Gable, who spent his honeymoon here with his bride Carole Lombard. The possibly haunted second floor was closed off, so I was unable to investigate, and the tourist-packed first floor was unlikely to yield any ghosts. After escaping Oatman, you start driving on flat desert land. Arizona soon turns into California as you drive over the Colorado river, the same river that carved the Grand Canyon and flows through it. Needles is the first town in California. Between Needles and Ludlow, Route 66 runs nowhere near the freeway. This 100-mile stretch runs through barren desert.

There are no towns or facilities here. No trees and no shade. Only the wide-open desert and the railroad. The railroad is sometimes near, sometime far, but usually in sight. I came across a flock of vultures crowded around near the railroad tracks. And here is an entire freight train visible from Route 66 (you may have to squint to see the train in the distance.)

Nothing much seems to ever have happened here, in the Route 66 era or any era. Most of the few towns that my guide book does mention seem to have been erased forever. Apart from the occasional cluster of ruined sheds, yards, garages, motels and gas stations, there is nothing here to relieve the monotony of the desert. 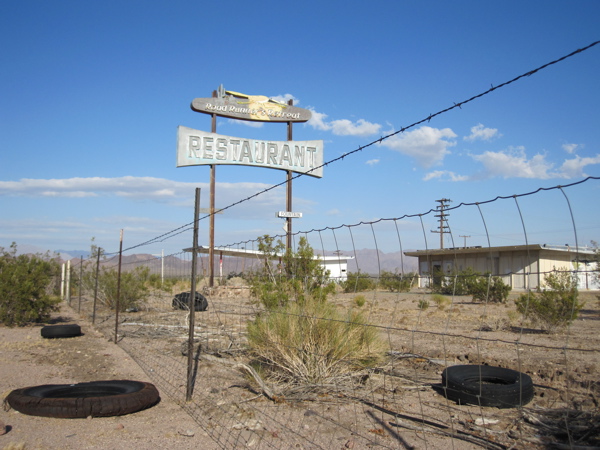 Miraculously, one barely-alive town does appear in the latter half — Amboy, which consists of a cafe on one side of the road, a post office on the other side, and about six people in all. The cafe is Roy’s Motel and Cafe, which would have advertised itself very successfully in the old days with its tall neon sign emerging out of the parched ground. 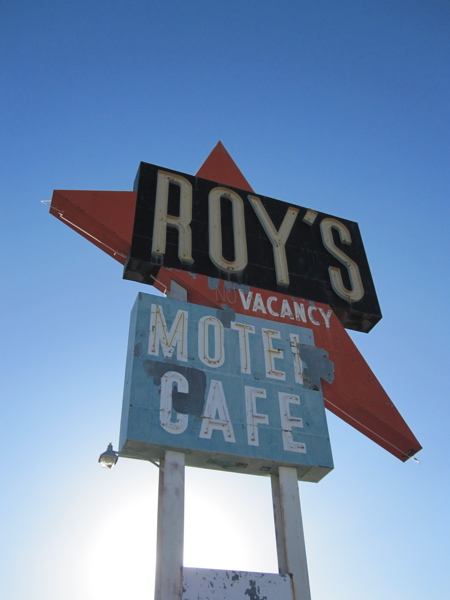 It was getting late and after Newberry Springs I hopped on the freeway for the last 18 miles or so until Barstow, where I am staying for the night. I enjoyed the experience of crossing the Mojave Desert with the trains for company. I tried to put myself in the minds of the different kinds of travelers in various times and circumstances who made that crossing. I know a family that has made a great migration and continues to look for their final resting place under difficult circumstances. Migration was the theme of today’s travel.

Tomorrow I should reach Santa Monica pier, the end of Route 66. I hope to have enough time to enjoy all the Southern California kitsch before that.